Before you order. Check out the Sales Page. 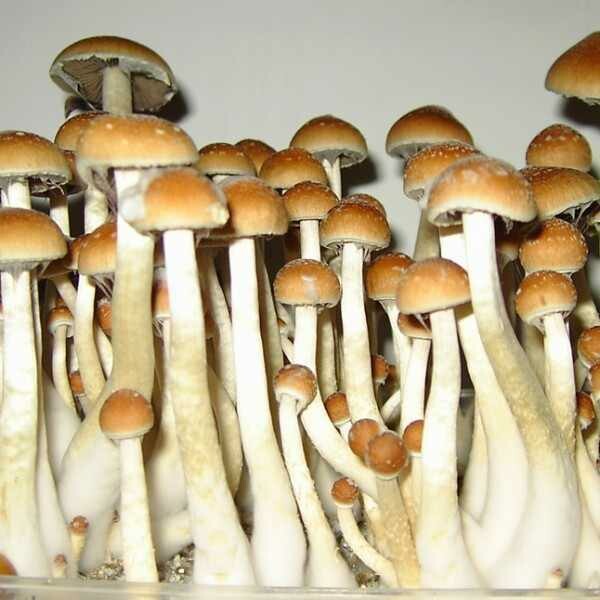 Description: First appearing in the 1980s, the golden teacher cubensis is highly sought mushroom strain by researchers due to its reliability, the exact origin of the golden teacher strain is not known, though it is believed to be discovered on a farm in Georgia. In nature, the first flush of golden teacher will produce medium-sized mushrooms and in later flushes, the mushroom caps might grow very large. It’s a very robust mushroom with big, massive stems. These mushrooms have gills which vary from whitish to purple-brown.

Spore syringes : should be stored in the refrigerator. They can last 6 months or longer in refrigerator.
Next best is a cool dark place.

Liquid Cultures must be stored in the refrigerator.

They can last up to 12 weeks or longer in refrigerator.

All of our syringes are filled to order.

Save this product for later
Display prices in: USD

HSF: does not take  returns because the nature of the items. Nor do we do Refunds. HSF: does our best to over deliver on every order.